In the spirit of reminding you of our priority, the supporters of the Reinhabitory 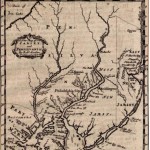 This holiday, widely known as Columbus Day, is being reevaluated for its context.

It has been suggested that it be known alternatively as Indigenous People’s Day.
Where should we in the Penn-York Valley stand on re-balancing or re-addressing this holiday?

With so much evidence that the continent had been found by other people’s from other continents earlier, and with the humbling evidence of the terrible effect the European invasion and occupation has had on indigenous peoples, we would like to propose a “first annual” event mullling over our shared legacy here in the Penn-York Valley,
once the mighty seat of hegemony over the Susquehanna watershed, for reasons of its geographical shape, where two rivers come together and head south, a center called Carantouan, a sort of Rome where all trails led.

Many people have said that we have not  adequately told and circulated the story of the people who inhabited the Valley in historical times, Queen Esther Montour’s band.
As an important part of our legacy, every school child should hear this story of the matrilineal line of the metis Montours, with details and evaluation being added in the upper grades.

The story has been somewhat distorted or at least veiled by histories, largely  written by white male historians in the aftermath of the Clinton-Sullivan campaign to drive the Montours and their band out of the Valley to make way for English settlers.  Even “our” historians disagree about what occurred at the time of the Wyoming Massacre, that occasioned General Washington to send Clinton and Sullivan to drive Queen Esther and Queen Catherine and their people.

Therefore, we invite you to circulate this invitation to the communities of members that your organization represent.
We will gather at the Unitarian Universalist Church (they have kindly rented the facility to us) in Sheshequin (the place of the rattles, the broad alluvial plain where Queen Esther’s people grew gourds and squashes for eating and making rattles) n Monday October 11 at 2pm until 4pm.

Our purpose in gathering is to tell the story of Queen Esther, of her distinguished Montour line, up to the point (and beyond if possible) of Sullivan’s destruction
of the village, buildings, orchards and crops just at harvest.  Each story has many points of view, and–in telling a story repeatedly–many fine points emerge that had been lost or obscured.

We are inviting–in addition to those whose organizations have a stake in having this story known and re-told–descendants of Queen Esther’s people who still live in the region as well as other members of the Delaware/Lenape who have some ancestral memories to contribute.

We will have light refreshments. We are renting a portapot for the day.  Contributions of baked goods and drinks (no alcohol please) are welcome of course.

We plan to begin promptly at 2pm with some ceremony marking the occasion of our honoring the ancestors of both the European, African, Asian and indigenous American
people who have brought us to this place to tell Queen Esther’s story.  The story will be retold by as many people who come to speak, both those invited and those who
simply show up with a piece of the story to tell.

Those of you who represent organizations with missions related to this event and with members who will be interested, please circulate this invitation to those members of your community.

Thank you very much!