Sic transit gloria:  And so passes one of the most intriguing, profoundly influential men I have met in my life. 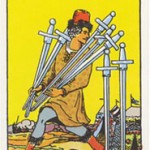